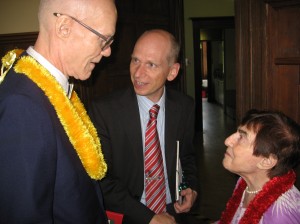 A team of professionals from the fields of science, finance, law, and marketing, with global roots and connections.

The principal’s background as an example:

Win Straube holds degrees in linguistics, economics and law. He grew up in Germany, and as a teenager survived the fire bombing of Dresden. After World War II he came to the United States to work as an interpreter for the U.S. State Department. He became a pilot and a patent law specialist. In 1954, Win Straube started up and operated his own hi-tech engineering products company which he owned for 15 years.

He presently is the Managing Member of the Straube Group of Companies, which includes Straube Centers (office complexes) in various locations, Straube Centers International Corporation, as well as the Straube Foundation, Inc., a charitable 501C organization established in 1995 for the purpose of bringing quality education to more people at little or no cost.

This is what we do best: